When we speak about the progress and development which take place in a modern world, we always mention energy. Today the cleanest way to meet all our energy needs is through the “green power”.

Green power is used to describe renewable sources of energy. Unlike fossil fuels, these sources are not environmentally damaging. They harness natural processes such as solar energy, wind energy, geothermal power, hydropower, biomass energy, tidal energy, and others. These sources of energy help negate the effects of global warming and certain forms of pollution caused by fossil fuel emissions.

Solar energy is one of the most accessible and fastest-growing renewable sources. Solar power harnesses the sun’s energy to produce electricity. The sun offers a perfect energy source, unlimited in supply and inexhaustive. The key benefits of solar energy on the environment are:

Greenhouse gases, which are produced when fossil fuels are burned, lead to climate change and poor quality of the air we breathe. Generating electricity with solar power instead of fossil fuels can eliminate greenhouse gas emissions.

Traditional electricity production requires massive amounts of water for cooling purposes, processing and refining fuel and transporting fuel through pipes. With solar energy, there is almost no risk to water resources. The operation of solar panels does not require water at all. The only water needed is rainwater to naturally clean the panels.

Earth has a finite amount of oil, coal, and natural gas to give up while solar energy supplies are massive and they are available again and again. Reducing our reliance on fossil fuels and taking advantage of an abundant, free source of energy, such as sunlight, could mean lower energy prices and a stronger, more stable energy future.

The release of toxic gases into the atmosphere contributes to the enhanced greenhouse effect. Nowadays, the greenhouse effect warms our earth faster than ever before. Generating electricity from solar panels produces no greenhouse gases and it does not add to the earth’s total heat.

As solar energy is one of the cleanest sources, more and more people around the globe start using solar power systems. Their motivation is to reduce long-term energy costs while shrinking their carbon footprint. Solar power systems can make electricity for your home or business.

So what is exactly a solar power system?

A solar power system is made up of multiple photovoltaic (PV) panels, a DC (direct current) to AC (alternating current) power converter (cause we use AC power) and the racking that holds the solar panels in place.

Solar panels contain photovoltaic cells made from silicon, a chemical element with conductive properties. Silicone transforms incoming sunlight into electricity. When light interacts with a silicon cell, it causes electrons to be set into motion, creating a flow of electric current. Solar electricity works just like traditional electricity does, you don’t have to change anything in your house or office.

A hybrid solar power system combines the best from on-grid and off-grid solar systems. With this system, you get a guaranteed electricity supply of the grid and the comfort of back-up power during a power outage as it uses batteries to store energy for later use.

What to Look for in a Portable Solar Charger? Charging power – Bigger solar chargers typically charge your devices faster, but the wattage is a better indicator of charging power than the size of the solar panels alone. If you want to charge a phone in a reasonable amount of time, 10 to 15W is about... 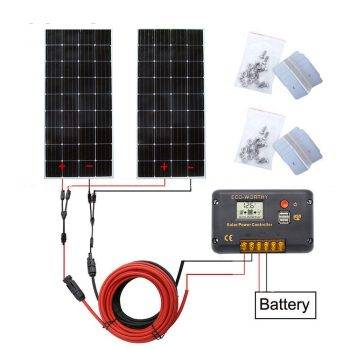 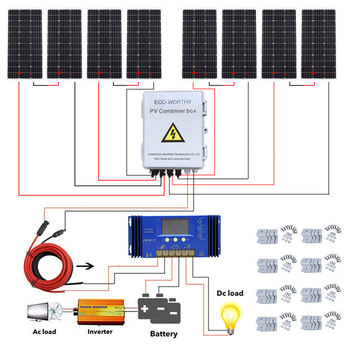 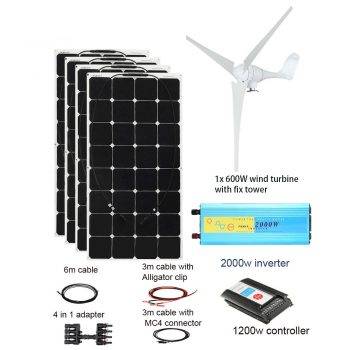 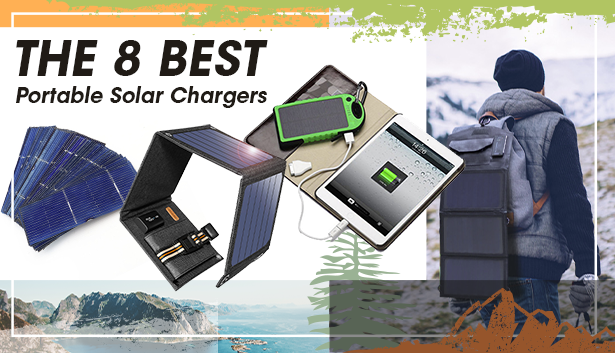 What to Look for in a Portable Solar Charger? Charging power – Bigger solar chargers typically charge your devices faster, but the wattage is a better indicator of charging power than the size of the solar panels alone. If you want to charge a phone in a reasonable amount of time,...